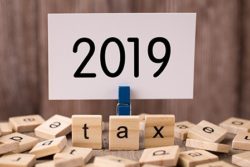 As you are starting to receive your tax slips and gathering your paperwork together for your  2018 personal tax returns, you may be wondering what changes for 2018 might affect your business. And what other tax changes are coming into effect in 2019?

The federal small business tax rate decreased to 10% as of January 1, 2018, and by a further one percent to 9% as of January 1, 2019. The personal tax rate for ineligible dividends increased to offset those decreases in order to maintain “integration” – the concept that the tax burden for income earned by an individual personally should approximate the combined corporate and personal tax paid if that income was earned through a corporation and then paid out as a dividend to the individual.

Ineligible dividends are those that are paid out of corporate income that has benefitted from preferential tax treatment, either through:

Changes to the Tax on Split Income (TOSI) Rules

Possibly the most significant tax changes are those affecting the shareholders of private corporations.

The TOSI rules were first introduced in 1999. They were developed in order to limit the benefit of tax structures that mainly aimed to reduce a family’s overall tax burden by splitting income with minor children.

The 2017 federal budget identified similar concerns with income split between adult family members, and new rules were introduced that became effective January 1, 2018. These new rules are complex, but essentially they extend the TOSI rules to adult family members. Some sources of income are exempt from the TOSI rules, with different exemptions applying to those between 18 and 24 years old from those that apply to Canadians 25 or older.

In addition to the excluded business exception, Canadians 25 years and older have additional exceptions for both of the following:

There is an additional exception for spouses over 65 years old.

Changes to Taxation of Passive Income

In addition to the changes just discussed – and which affect the shareholders of private corporations – there are also changes, effective for taxation years beginning after 2018, to the taxation of passive income earned within a Canadian-controlled private corporation (also known as a “CCPC”).

These rules are designed to limit the deferral advantage available to these private corporations, since they invest income that has been taxed at the low small business rate passive investments are subject to. In contrast, individuals who earn income personally would pay higher tax, and therefore would have less
after-tax income to invest.

These changes to taxation of passive income reduce the access to the small business tax rate by $5 for every $1 of “adjusted aggregate investment income” above $50,000. They are also very complex, especially since some provinces, such as Ontario, have announced that they will not parallel the new federal passive income rules.

The new year brought in increased Canada Pension Plan (CPP) contributions designed to fund the enhanced CPP benefits in the future. However, a slight offset to those higher CPP rates exists and will be noted, as the Employment Insurance contribution rates have decreased. For more information, please see www.canada.ca/en/services/benefits/publicpensions/cpp/cpp-enhancement.html

Other than the changes discussed above to the tax rate for ineligible dividends, no changes are coming to the personal tax rates for other sources of income: salary, capital gains, and eligible dividends (generally those from public companies). The tax brackets and personal credit amounts are adjusted for inflation.

The public transit tax credit was eliminated as of July 1, 2017, so you might notice this credit disappearing completely for 2018 when you prepare or review your tax return. Also new for 2019: low-income workers can qualify for an increase in the Canada Workers Benefit. However, they will not receive the extra money until 2020.

In summary, while there were relatively few changes to the tax rules in 2018/19, those changes that were introduced for private corporations and their shareholders are complex and may have a significant impact on those affected.

Lott & Company can work through these complex tax rule changes with you to minimize the impact on your business and protect your assets.  Also, to make the gathering of all your information for your 2018 personal tax returns stress free, we have some very helpful forms in our Resources section.